For my whole life, I’ve always been a Scooby-Doo fan. It never gets old to me. I grew up loving the live-action films, so when I heard there was a new movie coming to the big screen, I was optimistic and excited to see Scooby and the gang in theaters again. Sadly, under our current climate, it had to come to VOD, but I was still very excited to watch it. Although I had some wavering expectations, I was very impressed and pleasantly surprised to say that Scoob! is great.

What’s so great about the film? Let’s start with the fact that it is pure Scooby-Doo goodness. Scooby pops on the screen and you never get tired of seeing him. The animation can be really great at times. Our main characters are really exaggerated and cartoony, so transitioning these characters from 2D to 3D couldn’t have been easy, but they look so good. This style of animation really serves the exaggerated characters well. The script is very good. Scooby and Shaggy go on an adventure that is less about spooks and ghosts, yet they still tie it into the supernatural in the third act.. I actually laughed out loud a lot during the film, but it was less when they made pop culture references, and more when it was just being a Scooby-Doo movie. I also really enjoyed when they had little easter eggs to other Hanna-Barbera properties, such as Captain Caveman having a small role. Ultimately, the film is about the friendship between Scooby and Shaggy. It starts with the first time they meet, and laces the importance of their friendship throughout the movie.

The characters are great, and so is the cast. I’d say the standouts are Frank Welker as Scooby-Doo respectively, Will Forte as Shaggy, Mark Wahlberg as Blue Falcon, Ken Jeong as Dynomutt, and especially Jason Isaacs as Dick Dastardly. Isaacs really does a great job, masking his own voice and truly making Dastardly a character. As I’m not too familiar with Dee Dee Skyes (portrayed by Kiersey Clemons), I was surprised to like her so much. Zac Efron, Amanda Seyfried, and Gina Rodriguez are also good, but aren’t given too much to do. I wouldn’t say Forte is a great Shaggy, but it’s different, and he pulls off different well.

There are, of course, things I didn’t like about the movie. Although a lot of the animation is superb, it looks a little less than when it’s not on the main characters. A lot of the “extras” look like they had less effort put into them, but the animation does strangely improve as the movie goes on, even if the animation on the third act antagonist could have been better. One of the characters who I thought was poorly animated was Simon Cowell. That’s right, he has a cameo. A cameo so random and unnecessary, that I wish it was cut from the film. I don’t dislike Cowell, but they could have come up with a much more natural reason for Scooby and Shaggy to be down on themselves. I felt like the movie could have slowed down at some points, but it wasn’t a big deal. They also kept selling the movie as an origin film, when it really only focuses on the origin for maybe ten minutes. I’d say one of the things I wish it did most was incorporate the rest of the gang more. Fred, Daphne, and Velma are fun when they’re on-screen, but they could have had a little more time to shine.

Scoob! is a delightful animated film for fans of the talking dog. While each aspect of the film doesn’t quite hit the landing, there’s no question that it is fun and really entertaining. In the end, it really is a movie for kids, and even if it doesn’t always feel like a Scooby-Doo movie, I think hardcore fans will enjoy it.

link to Every Spider-Man Film, Ranked

Continue Reading
link to How Disney Can Help The Simpsons

I still love The Simpsons with my whole heart and watch every new episode, but things need to change before they can't change anymore. With a new owner, the possibilities are endless. 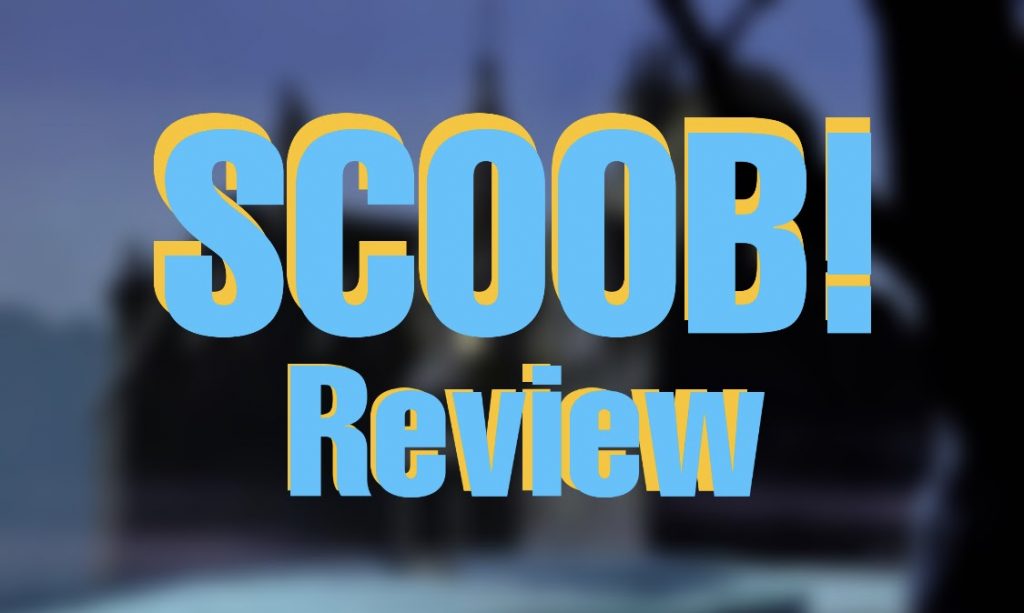