This movie is the final film in the DC Animated Movie Universe. This series was pretty hit or miss for me as I wasn’t a fan of the animation, a lot of the voice acting, or even a lot of the

This movie is the final film in the DC Animated Movie Universe. This series was pretty hit or miss for me as I wasn’t a fan of the animation, a lot of the voice acting, or even a lot of the stories. Every now and then, there would be a really good one, and I’m glad to say that Justice League Dark: Apokolips War is pretty good, but it doesn’t quite hit the landing, even if it’s a finale.

The film does do a lot of things right. The characters are really on point. I’m a big John Constantine fan and Matt Ryan continues to kill it in the role here. He’s probably the best part of the film, and it’s a lot of fun. Superman is also a standout here even as he is depowered. I’m a fan of Jerry O’Connell as Superman, even if he isn’t my favorite voice for him. Batman is very cool, but doesn’t have a lot of screen time. What the movie does really well, is making this whole thing feel epic and final. They don’t hold back on how final all of it truly is, as everything is bleak, brutal, and gruesome. They bring everyone together to face Darkseid, but it’s no use, it seems like there’s no hope. The action in these films has always been great, even if it’s not always necessary. I’d say the script is strong compared to other films in this series, though it isn’t amazing. They are able to fit a ton of characters in the film, and they just barely pull it all off. I’d like to mention that I truly like the ending and it’s finality. It represents what’s for the best.

As can be expected, there are still quite a few problems with the film. The animation is still mediocre, and it still doesn’t stand well up against any of its predecessors of the past 10 years. I’ve seen fan films with better animation. Hopefully Warner Bros. can step it back up. I’d also say the movie could have been longer and the plot does feel kind of rushed. It could have felt impactful when necessary, without dragging on. The script, while being fairly strong, isn’t nearly as top-tier as DC has been years and years ago. There’s still dumb jokes, annoying characters that feel shoved in just because of popularity, and not everyone that deserves more screen time gets it, in favor for characters that really don’t.. I really think Harley Quinn wasn’t necessary here, even if they wanted to put every character from this series of films into this one, she just didn’t feel necessary. Not to mention King Shark is relegated to a Groot rip-off here. They really just needed to expand the story, make everything a bit less coincidental, and maybe focus on dialogue as a way to get through scenes, rather than action as a transition.

Even if it still doesn’t reach the heights that DC has been known to reach, this is still one of the better films in the DC Animated Movie Universe. A really fun adventure with great characters that feels epic and climactic. Truly one I think most DC fans can enjoy. With the lackluster animation and a rushed plot. I still think it’s well worth watching. 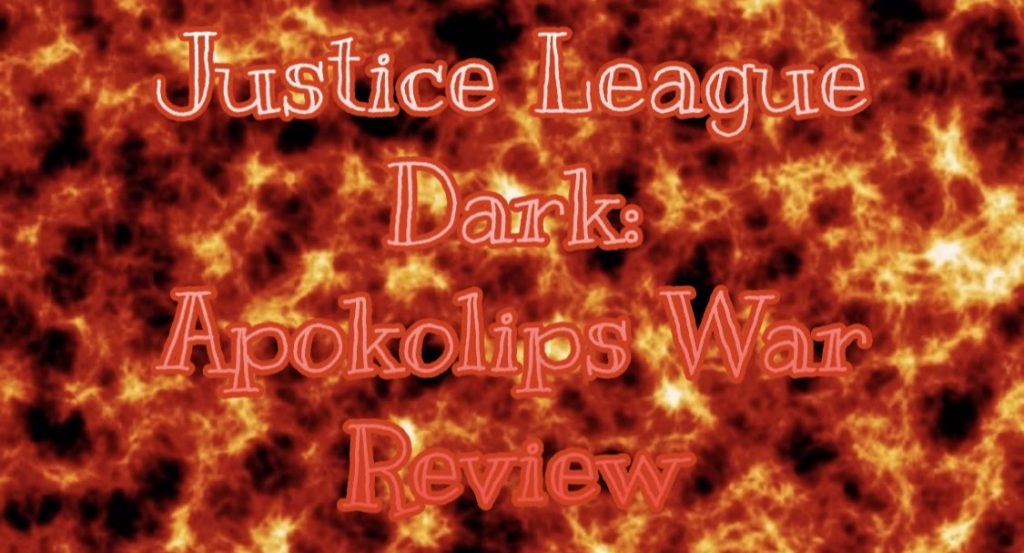