Even if it’s from HBO or Netflix, I’m glad we are getting some new films. The story of a corrupt high school staff is intriguing enough. While this movie wasn’t amazing, I could’ve seen

Even if it’s from HBO or Netflix, I’m glad we are getting some new films. The story of a corrupt high school staff is intriguing enough. While this movie wasn’t amazing, I could’ve seen myself seeing it in theaters. Let’s get into the good, the bad, and everything in between.

Starting off with the good, Hugh Jackman gives a stellar performance here. His American accent is very convincing, and at first, he really seems like a guy you can trust, a guy you would want to be your superintendent. In fact, I think you still don’t really hate his character by the end of this movie. Sure, he’s as corrupt as anyone else, but he is still somewhat likable, whether that was on purpose or not. Allison Janney is also really fantastic, almost portraying someone you love to hate. I’d also like to mention Geraldine Viswanathan for her great performance. She’s popping up in more and more places, and I’m becoming a fan. You don’t really know what’s going to happen but I’d say that’s a positive. The plot of the movie was actually quite a surprise to me. It sort of feels like you’re in the moment with the characters. There are actually quite a bit of twists, and I didn’t expect that from this movie. The script keeps you interested and surprised throughout the whole thing. The ending is really well done. I also didn’t know it was based on a true story until the end, and that’s not really the movie’s cause, but I still thought it was cool.

Speaking about what’s bad, I’d say the movie is a little too slow. It’s not that long, but it feels longer than it needs to be. The plot can lose focus at times. There are some scenes that focus on characters that really shouldn’t be focused on at the time. I feel some characters totally could’ve been cut out, so that we could elaborate more on the main plot. It’s not a huge issue, but the film can seem kind of distracted at times. I care about what a lot of these characters are going through, but it just doesn’t feel important to the main plot. The only other thing I could say is that although I understood the ending, it could be a little misleading to some viewers. Hugh Jackman’s accent does slip in every now and then also.

Bad Education is really interesting and fun to watch play out. It may not be a movie for everybody, as it’s not this giant, climactic event, but Hugh Jackman is at the top of his game here. His conflict and everyone around him keeps you watching. As everything unfolds, you’re not really sure what’s going to happen next. It’s a simple setup with a complicated turnout. Although it can get distracted at times, the performances and string of events will keep you intrigued. 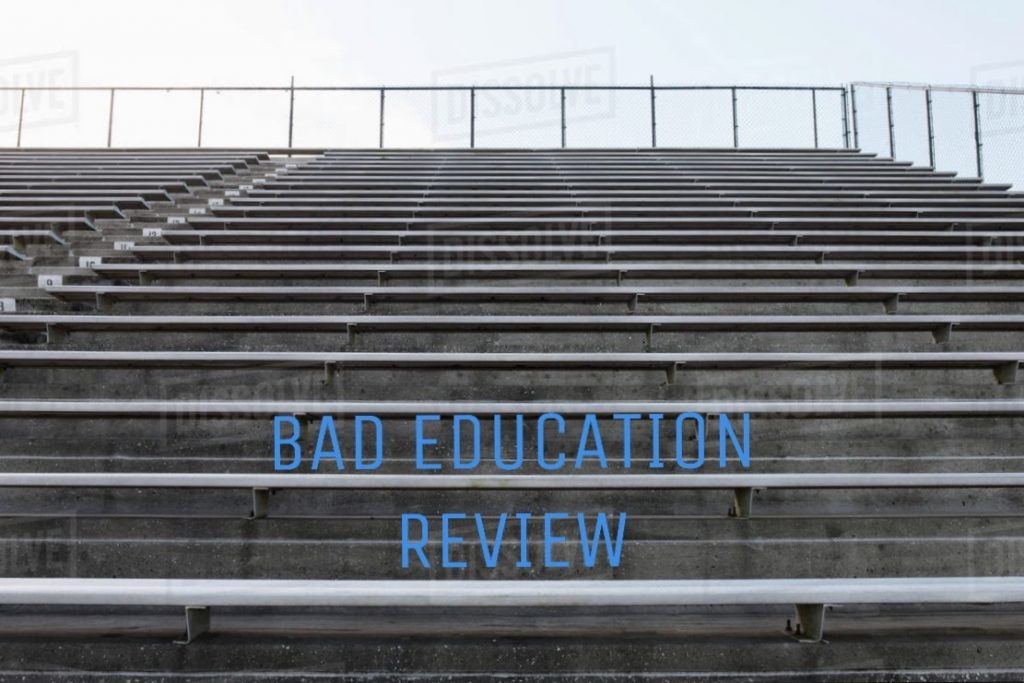